The Heart of the Matter

In our book Drs. Eades and I discuss the issue of heart health. It has always been my position that though the heart is indeed a muscle, it is also an involuntary organ. No organ in the body is made healthier by overworking it. Why would the heart be any different?

From the NY Times today:

"A new study by Dr. Siegel and colleagues at Massachusetts General Hospital and other institutions is at least suggestive. Sixty entrants from the 2004 and 2005 Boston Marathon were tested before and after the race. Each was given an echocardiogram to find abnormalities in heart rhythm and was checked for blood markers of cardiac problems – in particular for troponin, a protein found in cardiac muscle cells. If the heart is traumatized, troponin can show up in the blood. Its presence can determine whether there has been damage from a heart attack.

The runners (41 men, 19 women) had normal cardiac function before the marathon, with no signs of troponin in their blood. Twenty minutes after finishing, 60 percent of the group had elevated troponin levels, and 40 percent had levels high enough to indicate the destruction of heart muscle cells. Most also had noticeable changes in heart rhythms. Those who had run less than 35 miles a week leading up to the race had the highest troponin levels and the most pronounced changes in heart rhythm.

The findings, published in the Nov. 28 issue of Circulation, a journal of the American Heart Association, were a surprise, and not least to the runners."

So be careful – aerobics classes, running and spinning can take a hefty toll on the heart. They also do next to nothing for fat loss, compress the spine and pulverize your joints.

Be nice to your ticker. Let it live long and prosper! 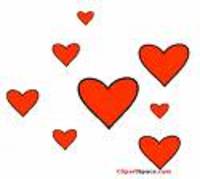