It appears that Arthur Jones, 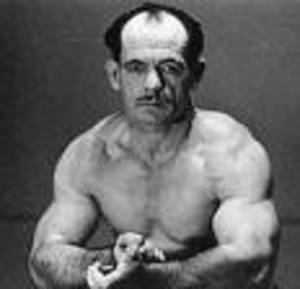 founder and creator of Nautilus and MedX exercise machines and a pioneer of animal filmography, passed away today early in the morning.

Arthur pioneered bodybuilding out of the Joe Weider stone age mentality and into a logical, scientific and precise methodology of training. Though few in the bodybuilding world heeded Jones’ high intensity advice, one could say the same for certain presidents of the United States and our founding fathers. (I think that comparison made sense.)

I met him once at a MedX seminar in Florida back in 1993 – a seminar he conducted month after month to sell his MedX medical machines. I took a seat in the front row with my buddy David Landau, who incidentally, began visiting Arthur on a regular basis for years afterward.

As is the norm for Arthur, he was brilliant, caustic, funny, insulting and irreverent.

I was in heaven. I could have listened for hours.

At one point during the seminar I sharply raised my hand and asked Arthur what he meant by slow repetition speed. He had said that the best speed to lift and lower weights was ‘slow and controlled.’

He then had one of his trainees, I think it was Joe Cirulli, owner of the Gainesville Health and Fitness Center in Gainesville Florida (one of the nicest facilities in the country) perform a slow rep on a MedX lumbar extension machine.

I was aghast. "How could he have gone any faster?" I thought.

I said: "That seems pretty fast to me. Why not move slower if slower is better?" I was almost certain I saw the butt of a pistol emerge from his trouser pocket.

With brow furled and at the pace of a be-chapped gunslinger, he shuffled over towards me and placed one large hand on my left shoulder and crushed it slightly. He then leaned over and placed his Pall-Mall reeking mouth an inch from my ear and, with eyebrows bouncing up and down like ping-pong balls said:

"Son, if the weight is right, you can’t go too slow when you exercise."

He then released his Spock grip (his phantom finger-dents still remain) and then went on with the seminar.

I did not ask another question.

He will be missed. 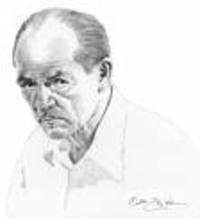 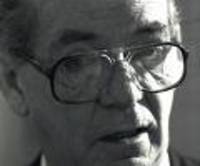 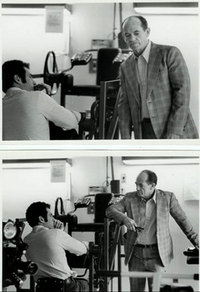 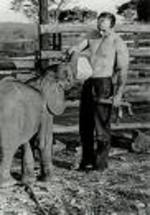 Essentially, a fad is:

"A temporary fashion, notion, manner of conduct, etc., esp. one followed enthusiastically by a group. A fashion thing or idea that is taken up with great enthusiasm for a brief, temporary period of time; a craze."

The definition of temporary is:

"Lasting, used, serving, or enjoyed for a limited time."

The original low carb diet, invented in a sense by a corpulent undertaker name William Banting (who incidentally lived to be 81 way back then) was put down on paper and distributed freely in the UK back in 1864. I t was called: 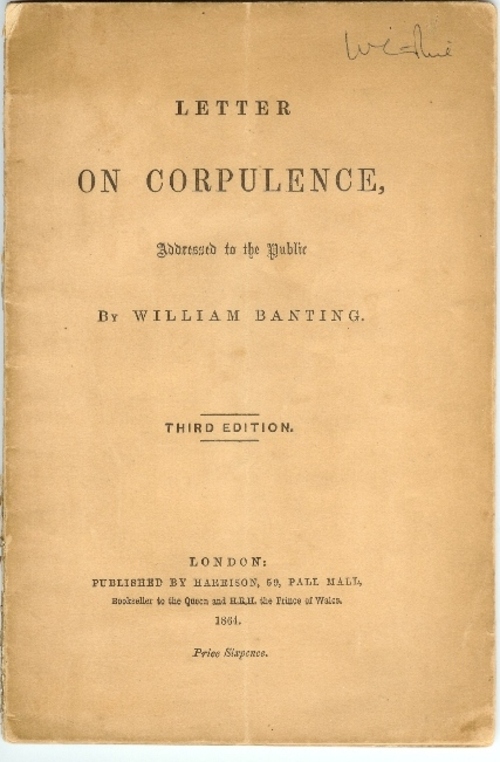 Can you see the date?

This booklet discusses the issue of how he cured his obesity through a low carb diet when all else failed him. After reading this, you’d almost be correct in calling Atkins a plagiarist.

So low carbing, considered by the current medical community today as a fad diet, has been with us for ~143 years – and is still going strong.

The Food Pyramid has been with us since (drum roll please) 1992 and is slowly being rendered inert. Remember, the definition of a fad is:

"A fashion, thing or idea that is taken up with great enthusiasm for a brief, temporary period of time." 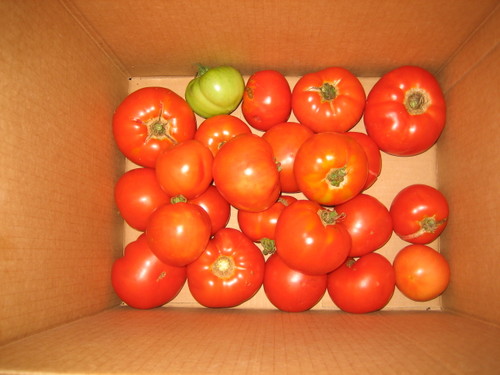 When they taste like these you know they’re a fruit!

Owning a farm house is a lot of work and it brings a lot of joy. 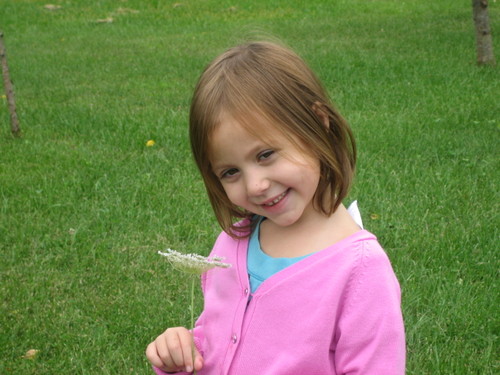 A little bunny ate our cilantro plants and the gophers are eating everything. The $12.99 plastic bobble-head owl has done little. Sometimes I think I can hear the critters laughing at it.

Here’s what the critters didn’t get however. From our bushes and trees. 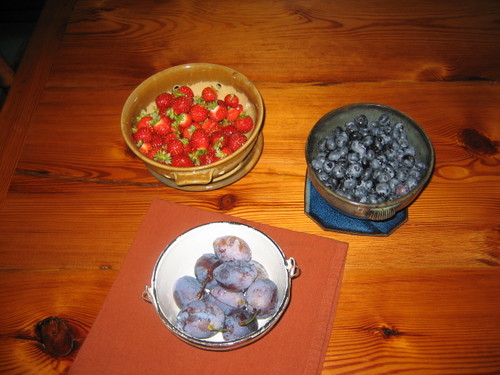 The strawberries are…unreal. The blueberries make you pucker with a smile. The plums are not quite ready to sckloosh into. But they needed pickin’ as you can plainly see: 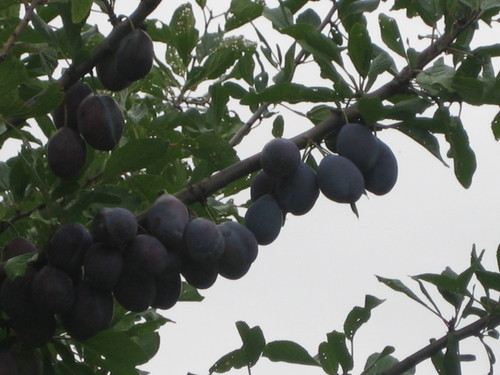 But soon they’ll be scrumdillitious. Our apples and peaches are comin’ round the mountain…take a look-see at our Mac tree: 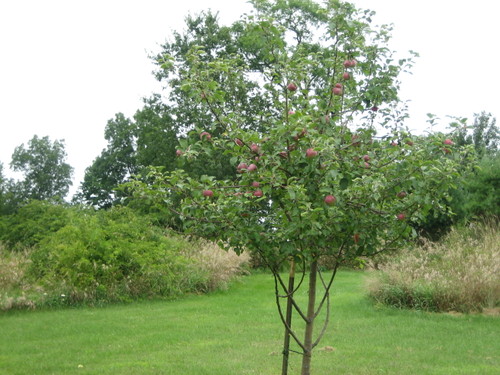 Here’s Linda desperately trying to get one of our 5 peach trees to behave: 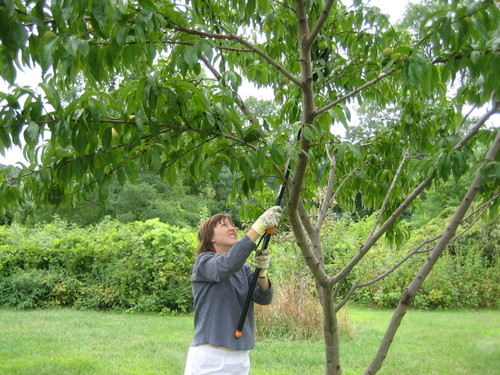 And what does 13 year old Tilly do as we do all this hard labor: 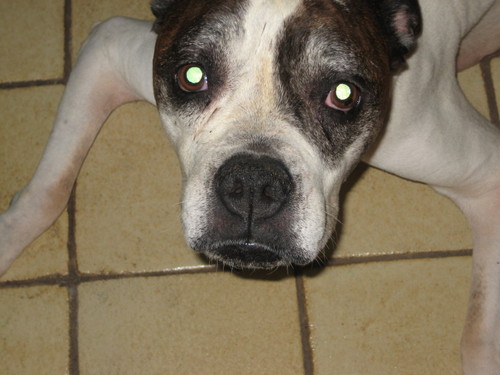 Everything we grow is organic and never sprayed with anything.

Love and rain and the eatin’s good! You can do it too! You’d be surprised how little land you need. And, if you’re a citydweller, buy organic local for the same benefit.

I’ve been cordially invited to play tag by Regina Wilshire (who’s blog is A # 1).  While flattered, I’m at a loss of what to write.

1. I study voice and singing. While I’m no Sinatra, some say I’m pretty good. At a big Karaoke birthday party a few months back after singing a Simon and Garfunkel song, the crowd roared. They made me sing again. So, I started training with Marjorie Kahn, a wonderful teacher and singer in her own right. Broadway here I come.

2. Back in the day I studied acting. In fact, Ed Norton (Fight Club, American History X, etc.) was in my acting class and asked me to audition with him for the Actors Studio. One day I got picked out of a crowd while doing extra work on the film Quiz Show directed by Robert Redford. Apparently one of the speaking roles was vacated by an inept actor and Bob needed to refill the part with someone else on the spot. So I waited over an hour and lo and behold the assistant director came over to me and said "Bob will audition you now." He escorted me up to a balcony area in the NY Public Library where the film was being shot and we waited for Bob to come. Over his radio I hear "Bob’s on the way." I looked over the railing and there was Robert Redford heading my way. To make a really long story short I passed the audition. If you rent the movie, I’m the reporter (no beard) prodding John Turturro to let me take a picture of him with the other lead character. It’s towards the end of the movie. (You have to play it in wide screen to see all of me.) Sadly, they did not give me any credit at the end of the flick.

3.  I’m a lefty but when I played baseball in college, I hit righty. I can’t hit lefty to save my life. Weird, right?

4. My 2 nostrils are completely different in shape. Weirder right?

6.  I can’t figure out how to do tags, I cannot figure out Squidoo, I am clueless as to how to get my blog information on technorati or blogspot. I am an webdiot (did I just invent that?)

7.  My wife is one of the best cooks/chefs in the northern hemisphere. Hence my quest for 5% body fat is being thwarted.

Now, given #6, how do you tag other people to play? Can anyone help?