The big fella is actually contracting, not stretching.

In my book The Slow Burn Fitness Revolution, I discuss the non-need for stretching before or after your workouts and explain how useless it is for just about anything.

Some new studies have emerged confirming this to be true, and also suggest stretching can be harmful, especially to athletes involved in sports that require power and quickness. For the athlete, it’s akin to having loose shocks and springs in your sports car.

Gretchen Reynolds, a fitness writer for the NY Times, had this to say in her article:

One, a study being published this month in The Journal of Strength and Conditioning Research, concluded that if you stretch before you lift weights, you may find yourself feeling weaker and wobblier than you expect during your workout. Those findings join those of another new study from Croatia, a bogglingly comprehensive re-analysis of data from earlier experiments that was published in The Scandinavian Journal of Medicine and Science in Sports. Together, the studies augment a growing scientific consensus that pre-exercise stretching is generally unnecessary and likely counterproductive.

Now I know a lot of people like to stretch. They say it feels good, relaxes them, gives them a rush, whatever. Far be it from me to tell someone that they should not do what they enjoy.

But knowing the facts about stretching (as well as many other fitness fibs) can save you precious time and can keep you out of harms way.

No – Pilates will not give you the long, lean muscles of a dancer. Yoga will not improve the elastic properties of your limbs. Stretching will not make you a better athlete and might indeed lead you to injury.

Many trainers will stretch their clients before and after a workout. The trainer means well, but it is an unwise and time-wasting practice. That time is better spent hitting the weights (slowly and carefully of course) to build strength and lean tissue (bone, muscle, etc.).

To stretch or not to stretch is no longer the question!

After reading the following email, my heart couldn’t have been warmer:

Hi Frederick,
I contacted you awhile back in regards to my father having lower back problems to the point where the lower part of his spine has shifted over and he could barely walk. This discomfort happened suddenly when he was around 78. I asked you if doing the slow burn was OK at his age and you highly recommended it.

My father first tried Bikram yoga and did it religiously for two years with no improvement. He paid $3000 for PT and that also did not work. After reading your book I noticed how skinny his legs had gotten and he had absolutely no muscle tone. He is now 81 and after bugging him for months he finally read your book and is now doing part of the slow burn- more for his legs and glutes.

After only two months of doing it, he walks straighter and with more distance, and he no longer “schleps” when he walks. His back has even gotten straighter. This is after only 2 months!! This is the most improvement anyone has seen in regards to all of the therapy he has done. He even has muscle tone in his legs now. He is also very happy!

I just find it amazing that with all of the schooling that I have had in nutrition and exercise science, slow burn is NEVER taught. When I finally graduate and become a personal trainer I would love to implement your program. Seeing the results from my father has totally convinced me!

I immediately called her and we had a lovely conversation.

After the call, she sent another email:

Hi Fred,
I wanted to add that my dad’s physical strength was deteriorating so quickly he was probably going to be in a wheel chair by the end of this year. He got so depressed and literally became a grumpy old man! He was crawling up the stairs on both hands and feet. Now he can walk up the stairs no problem.

It’s sad that so many doctors, physical therapists and other health professionals do not focus on making seniors stronger. In this article on the benefits of strengthening muscle, you can see how traditional physical therapy has lost it’s way, focusing too much on passive modalities (ultra sound, electirc stim, etc.) and balance tasks instead of improving muscular strength.

Back in 1992 when working as a PT aide at the Hospital for Joint Diseases in NYC, I was putting a 70 yeard old woman throught an intense set of leg presses. A PT  took me aside and said: “Fred, what are you trying to do to her? Turn her into a body builder?”  I thought for a second and said: “I wish I could.” 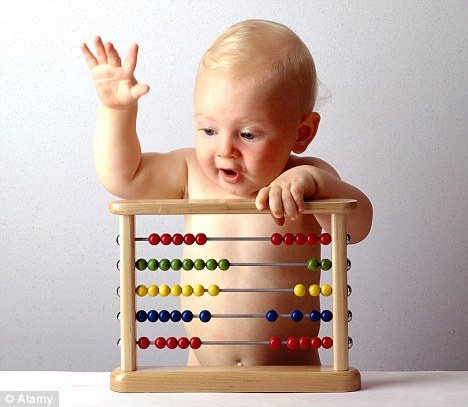 If…you are eating crap and getting fatter and you start eating more crap, you’ll get even fatter.

If…you are eating really well and becoming leaner and you start eating more (of all the right stuff), you’ll stop getting leaner and get fatter.

This is how calories count.

Eating more or less calories is not the mechanism by which we get fatter or leaner.

FACT: You can eat the same amount of calories and by altering how much fat, protein or carbohydrate you eat, you can lose fat, gain fat or stall fat loss. Same total calorie intake, but because the combination of foods affects our hormones differently, the response (fat loss, fat gain, energy output, etc.) will be different.

Take a look at this graphic, created by and graciously lent to me by Dr. Richard Feinman, professor of cellular biology at SUNY Downstate Medical School. He uses this slide to teach medical students nutrition:

(NOTE: You don’t get to have an opinion on this by the way. There are some things that are known in nutritional science and the above is several of them.)

So even when your carb intake is low (which keeps insulin low) which makes it harder to store fat, if you eat more than you were eating before you might stall your fat loss and even increase your fat stores.  After all, the extra has to go somewhere.

Remember, excess caloric intake is not a mechanism by which fat is stored. But more energy in can and will contribute to how the mechanisms are affected, resulting in excess fat storage.

So, as the saying goes, too much of even a good thing can be “bad.”