Here is a promo video that everyone who is interested in low carb eating should watch. My Co-author Dr. Michael Eades as well as my friend Gary Taubes are part of the video.

We need more of this sort of thing to get onto the radar screen of physicians and registered dietitians.

Here is a great resource for doing so: Nutrition Facts and Analysis.

One of the things that a lot of folks do when they eat is they scarf their food down like a pogrom is coming. Besides resembling a vacuum cleaner and potentially choking to death, eating fast has other negative effects.

I am now reading Dr. Richard Bernstein's book The Diabetes Solution. In it he makes mention that eating too quickly and too much raises insulin levels far higher than if one eats slowly.

Like a jerk, I lost the page that its on and cannot seem to find it (the book is over 500 pages) so, I can't quote the good doctor directly. But suffice it to say, to minimize insulin spikes which facilitate fat storage, eat slowly – savor the flavor. Don't swallow until the food in your mouth is close to a liquid.

And of course the food in your mouth will preferably be not a grain or a processed food. But real food. Something like this: 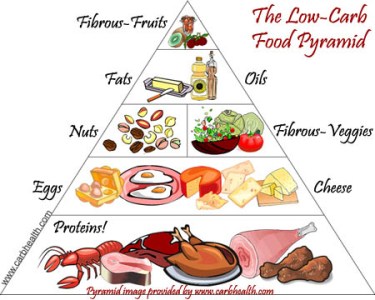 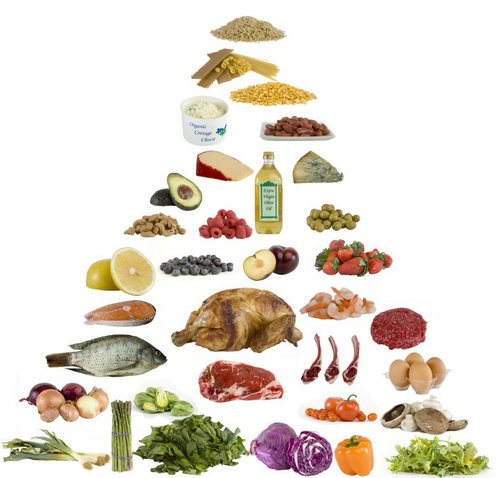 My wife is finding Paul McKenna's book (with a somewhat self-serving title) I Can Make You Thin (which should have been titled You Can Make You Thin) a very motivating book. In it he discusses the same idea – enjoy your food and eat slowly.

Notice that the adage says 'an?'

Take a good long look at this picture: 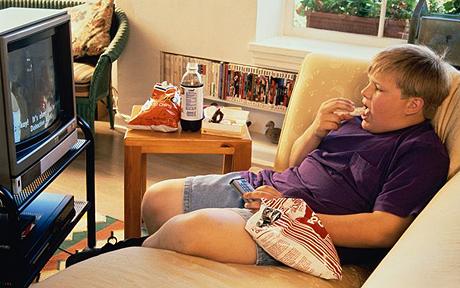 The experts would have us believe that the child in this picture is fat because he isn't outside playing and instead is watching TV.

Surfing the web however, I found scores of pix of thin kids watching the evil, fat producing TV. 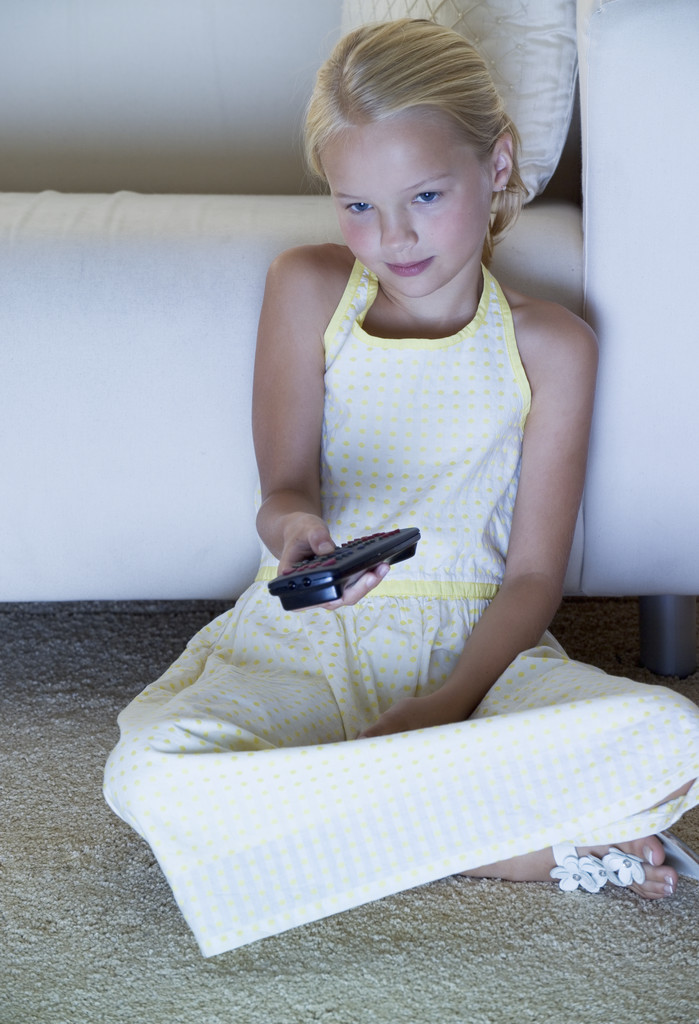 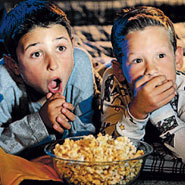 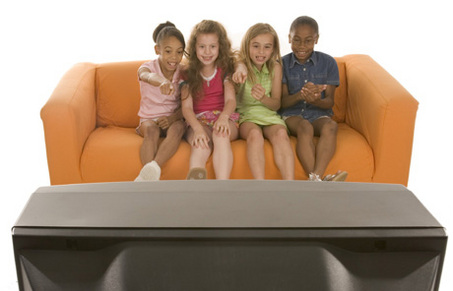 So it just can't be the TV watching as scores of thin kids watch lots of TV.

Parents, caregivers, teachers, coaches, trainers and physicians, kids are not fat because they are too inactive. We must abandon this false and nonsensical notion.

Take another look at the first picture. What else other than the TV is in that room that might, just might be the real reason that the kid in that picture is so fat?

But again, the experts would say "Well of course the snacks contribute – especially since the chips and soda are chock full of fat and calories." Just the fat and calories? That's like looking at the Mona Lisa and saying "Wow that picture is amazing because of her eyes." The eyes? What about the smile?

What about the sugar and carbohydrates? If you look at the label  you'll find that Lays potato chips have, per single serving bag, 10 grams of fat and 15 grams of carbs.

Dorito Nacho chips are worse. 8 grams of fat and 18 grams of carbohydrate.

Soda of courseis all carbs/sugar.

So why are the experts not screaming about the carbohydrate content of these foods?

Think of of it this way. If the picture of the fat kid had him eating a huge fruit salad with a few banana skins on the floor in front of him, would the experts blame the food? No. They would think the kid was on the road to leanness and just needed to stop watching the telly.

Of course, the bananas and the fruit salad would be even higher in carbohydrate and total calories. But since there is no fat in these foods, hey kid munch away!

As soon as the ADA, NIH, AMA and others of their ilk get off the fat wagon and onto the sugar wagon and declare carbohydrates the real cause of obesity in this world, we'll see the growing epidemic of obesity and diabetes vanish and vanish fast.

How do you fix the health care system? Easy – stop making people need it.