Walking down Amsterdam Avenue on my way to work the other day, I saw this sign on the window of a new restaurant:: 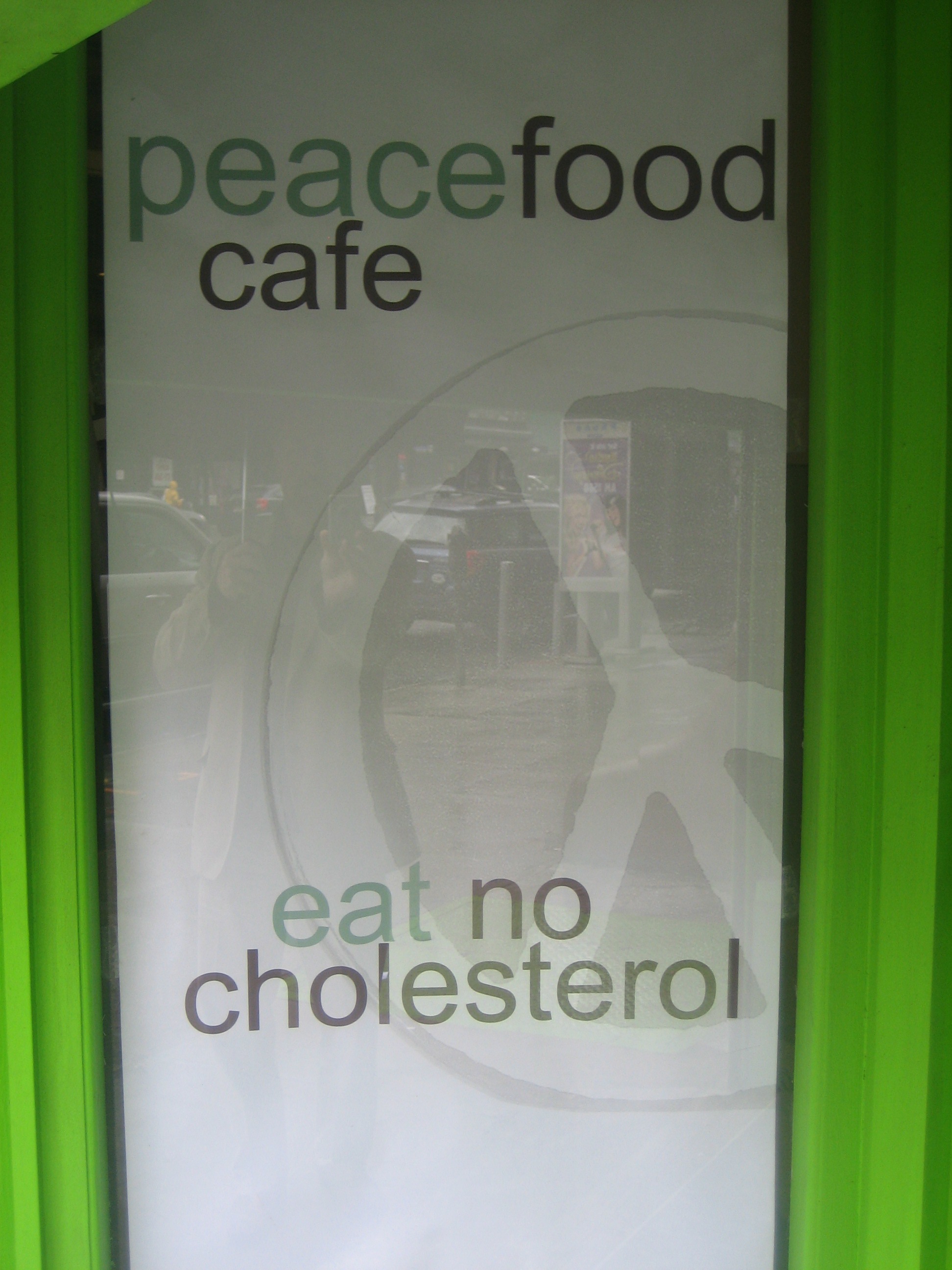 I got a really good belly laugh out of this.

If you ate no cholesterol at all you wouldn't live very well or very long. And if you were a child, you'd never full develop and perhaps suffer from learning disorders and a poorly functioning immune system.

Every cell in your body need cholesterol to reproduce and function optimally. What your body makes on it's own is not enough. That's why it's present in so many foods!

Needless to say, I won't be frequenting this establishment.

A new study by a group of Austrailian researchers found that obesity in Americans is caused by overeating, not inactivity.

My friend Bill tipped me off via email to this unbelievable story. (Tongue deeply inserted into cheek.) Here's what Bill wrote to me in the email:

"Fred, What's
it like to continually be backed up by the evidence?"

This was found to be especially true for children. For my book Strong Kids Healthy Kids
I scoured the research and, lo and behold, I could not find a single
study that supported inactivity as a cause for adolescent obesity. In fact, research revealed that obese kids were just as active as lean kids.

Said Boyd A. Swinburn, a professor at the health faculty of Australia's Deakin University:

"Among children, the tests yielded a 100 percent match, leading
researchers to conclude that changes in physical activity had had no
impact whatsoever on America's children growing fatter."

If you all recall, Bob Greene (Oprah's trainer) argued this point with me  Clearly
Bob had not read any of the research. Bob insisted that research clearly
shows that physical activity is necessary for kids to lose fat and inactivity is one of the main causes of the alarming rate of fat gain in kids today. 'Fraid not.

The researchers found that American adults actually weighed less than could
be expected from their diet. Swinburn remarked:

"Which means that if anything over that
period of time the adults had been increasing their physical activity,
not decreasing."

That's one way to look at it. However, there are almost no studies that
support the idea that increasing physical activity will result in
weight loss. The ACSM and the American Heart Association had this to
say in the 2007 updated recommendations for physical activity and public health Aha exercise recs 2007:

“It is reasonable to assume that persons with relatively high
daily energy expenditures would be less likely to  gain weight over time,
compared with those who have  low energy expenditures. So far, data to
support this hypothesis are not particularly compelling.”

My
guess is that Americans have NOT increased their physical activity a jot.
Rather, an increase in carbohydrate
consumption is the cause of the added fat gain despite the total calories not
adding
up. We know from recent research that isocaloric diets of different
carbohydrate amounts yield different gains in adiposity. In other
words, people gain more fat on non-reduced, isocaloric diets that are
higher in carbohydrates. Put simply carbs make you fatter than calories from fat and protein. In other, other, words, a calorie is not a calorie.

And we know that carbohydrate intake has increased dramatically from
the recent NHANES figures. In fact since 1971, carb intake is up in men
and women by a whopping 23% and 38% respectively. 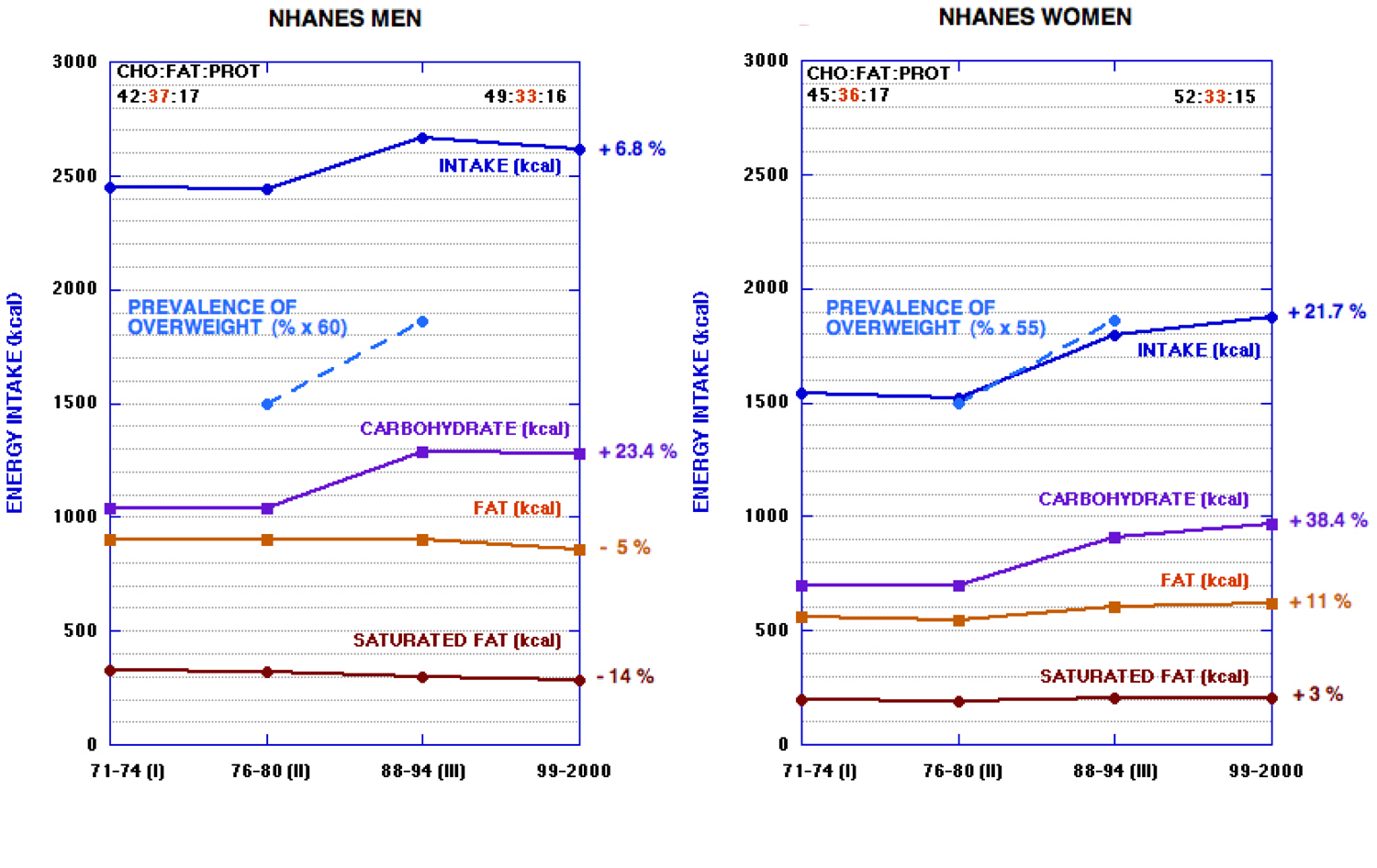 I am tickeld thin by this recent study and perhaps now we'll be able to get somewhere in the fight against obesity especially for kids.

Let's ride into the sunset of health in the direction science says the horse is going.

I am combining a few small blog posts into one today in order to catch you all up on my recent travels, trials and tribulations. I've been bouncing around the nation listening to lectures by some brilliant minds, having dinner with great people and once again being slammed in the face with how much I don't know. It can be humbling.

(As an aside, I posted my feelings about this on my Facebook site and many friends were quick to snap me out of it. It's nice to know you've got pals who've got your back.)

Tim Ferris, the author of the blockbuster, runaway bestseller The 4-Hour Work Week popped into my gym the other day and we had an impromptu dinner. He's a man of many talents and skills and will be helping me to lean how to use the web to generate better awareness for the Nutrition and Metabolism Society
and for my new book Strong Kids Healthy Kids. He's definitely a friend who's got your back.

Speaking of which, my friend Keith Ferrazzi has just written a new book called Who's Got Your Back. Keith will be doing a special series on Good Morning America where he helps 5 people overcome their weaknesses in improving the quality of their lives helping them to move forward from where they are now both personally and professionally which Keith so rightly points out go hand in hand. I highly recommend it.

Gary Taubes, author of the NY Times bestseller Good Calories Bad Calories gave a fantastic lecture in Phoenix Arizona this past weekend at Dr. Ben Bocchicchio's gym. Dr. Ben as many of you know was the originator of slow, controlled training back in the early 1970's which he now calls the SMaRT system. 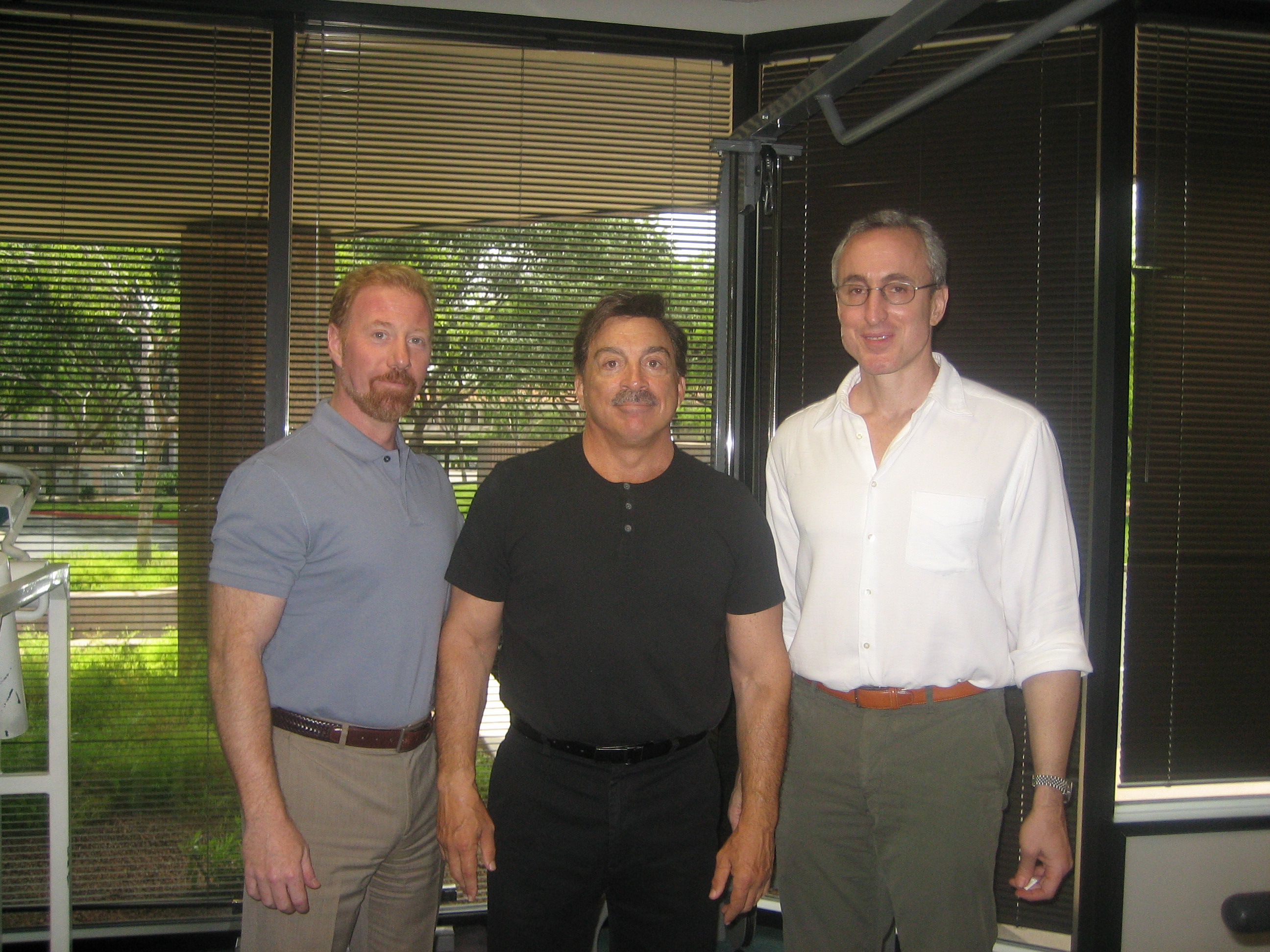