In these situations, what do you do? Blindly accept the advise of one or the other?

I have truckloads of sympathy for those who are hoodwinked and corralled into taking medications that not only do them no good, but do them harm. My dear mother in law is one of them.

Her doctor put her on statins after she had a heart attack last year. She's fine now and doing well but if the doctor bothered to read a smattering of the scientific literature on cholesterol and women, she would know that statins are useless and cause everyone who takes them liver and neuromuscular harm.

What did Hypocrites say again? Do no what?

It's a shame really. And I feel sympathetic towards the doctors too. But when there is conflicting evidence in a particular area of medicine, don't you think that the doctors have a responsibility to know both sides? So very often they don't. They are entirely clueless to the opposing evidence.

To me this is malpractice. It's certainly wildly irresponsible and disgustingly lazy. This medical malaise is hurting and killing people everyday. Our president wants to know how to fix healthcare. How about insisting that doctors educate themselves on issues that have conflicting evidence?

Sometimes when something breaks, you need to throw the item away. There's just no repairing it. Time for a new one.

Marketing can be awesomely powerful. A good marketer could sell catnip to a dog. We've all been hoodwinked into buying some sort of product at one time or another in our lives that turned out to be a dud or a downright lie. Sea Monkeys comes to mind. I can remember being so disappointed when my sea monkeys, bought with a zillion box tops of Captain Crunch, turned out to be nothing more than brine shrimp i.e., fish food.

It appears that Wheaties, the breakfast of champions, is now spending millions of
dollars in an attempt to brainwash people – specifically athletes – into thinking a bowl of sugar is good and will enhance athletic performance.

Don't let the hype fool you sportsfans. Cereal grains are nasty stuff. Grains are chock full of antinutrients and when refined for consumption and fully digested, are nothing more than simple sugar.

Sugar is extremely caustic to the human body. It is responsible for a host of inflammatory ills and is linked to damage to the endothelium. 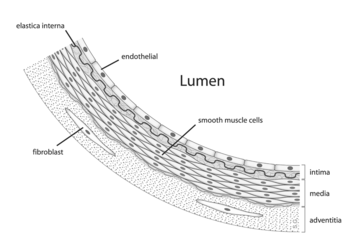 The endothelium is the thin layer of cells that line the interior surface of blood vessels. Not a good thing to mess with.

A cup of Wheaties has 24 grams of carbohydrates (essentially sugar). The typical adult has a only a few grams, more or less, of sugar in her total blood volume. (My co-author and friend Dr. Michael Eades says it can be even less than a few grams – as little as one gram even a bit less.) And who eats a mere cup of cereal for breakfast – especially an athlete? When I was a wee lad, I typically ate 2-3 bowls of cereal. (And as you now know, Captain Crunch was my favorite.)

Wheaties cereal is fake food. In fact, I wouldn't call it food at all. I've never seen a Wheaties tree or a cereal bush. All commercially made cereal is among the worst foods one can eat and is especially bad for children. And at five to seven dollars a box, you're paying top dollar to kill yourself. You could buy 3 dozen, muscle-building, bone densifying eggs for that price.

The real breakfast of champions would consist of real foods – meat, eggs, fish,  vegetables and fruit – foods that actually exist in real life.

Be a real champion. Eat real foods. Don't be fooled by nutritional sea-monkeys!

Most of us have heard that the definition of insanity is doing something the same way over and over again all the while expecting a different result.

Adolescent obesity – once rare and uncommon is now not only common, but escalating. What we've been recommending for over a decade now to combat this epidemic is to eat a low fat/lower calorie diet and do more exercise. And that is precisely what many experts continue to recommend to this day.

Regardless, the same approach continues to be hammered home by health care professional and famous talk show hosts. The 'less calories in / more calories out' approach has become so ingrained into our societies thought process that alternative solutions are never considered. Far worse, alternative solutions are strongly shunned even when legitimate scientific research shows how effective they are.

The inability to think differently on a subject even in the face of scientific evidence (think Galileo) is commonly referred to as a 'paradigm paralysis.' The longer we remain paralyzed on the issue of adolescent obesity, the longer our children will suffer. Allowing children to needlessly suffer is criminal at best and at worst – I honestly have no word for it.

Obesity is an outcome of excess fat accumulation. What this means is, the obese person's body is storing more fat from the calories they are eating than a non obese person. But why? We know that the hormone needed to store body fat is insulin. In fact, it is one of insulins primary jobs. High carbohydrate diets cause large releases in insulin which sets up the scene for excess body fat storage. Fat does not. This is a fact of science – we don't get to vote.

Children today, thanks to the low fat approach to dieting supported by the ADA, AMA, RDA and other health organizations have shifted caloric intake towards more (a lot more) carbohydrate. Children are taught to fear bacon and eggs and opt instead for a bowl of breakfast cereal with skim milk, toast, a glass of OJ and a banana. This breakfast will spill over 70 times the amount of sugar a child needs to keeps her blood sugar normal. Bear in mind this is just breakfast. And we wonder why our children are becoming obese at an alarming rate?

If we really care about our children – if we really love them – we will snap out of our paralysis and instead embrace what research and basic biochemistry have been screaming at us for years – eat less carbohydrates and engage in exercises that build lean tissue, not burn calories.

Anything else is insanity.