Statin side effects are listed on the far right hand column

One of our clients, we’ll call him Bob, said to me today during his training session “Hey Fred. I’m a perfect case study for you.” Not knowing what he meant exactly, I said “Cool Bob. Tell me after your training session is over.”

So after his sesison I said, “So Bob – what’s this case study thing all about?” I thought he was going to tell me that he finally adopted a full-blown ketogenic diet and was losing more fat now than ever before. But no. He told me his doctor put him on statins.

As my face began to twist and disfigure, he said “Hold on now Fred don’t have a kanipshin, let me explain.”

Before I go on, in case you’re interested, I have blogged on the issue of statins before here and here. It’s all bad. And I truly believe that statins will go down in history as one of the biggest pharmaceutical health blunders of all time. Profitable? Hell yeah. Healthful? Hell no.

Back to Bob. Bob said that just a few days after taking the statins – just a few days mind you – he began to feel aches and pains in his hips and back. He thought it might be due to the new lumbar support pad we installed on the MedX leg press machine but this is highly unlikely. The pad is specifically designed to ease the discomfort some people experience in the hip and back area, which it has for many. In fact, the only other person who has complained of pain while using it is also on statins.

He told his doctor about his aches and pains and his doctor told him to give it a month. Give what another month? The doctor said nothing to Bob about the possible and likely side effects from statin treatment. Since what Bob was experiencing were common side effects, I find it completely unacceptable that he recommended Bob wait, in pain, for 30 days!

The pain continued. But not just the pain.

At Serious Strength we keep extremely accurate records of people progress. Here is an example of a typical progress card:

As the month went on, we could easily see Bob’s strength begin to plateau and then plummet. After the 30 days ended, Bob told the doc all about this and the doctor replied: “Give it another 30 days.”

And like a good patient, he did. And Bob’s condition continued to worsen.

“A virus?” Bob said quizzically (I’m expressing it like this from the way Bob told me the story – I was not at any of his doctor visits of course.) He asked the doc to check his temperature (yes he had to ask the doc to do this) since if you have a virus you’ll have a fever. Lo and behold, no fever. But the doctor offered no alternative explanation.

Bob went home and tossed the meds in the trash can where they belong.

After just a few days, Bob began to feel better and better. His strength is on the rise. He is now almost back to where he was. Hopefully, his short stint on statins has not caused any permanent neurological damage.

He’s firing his doctor this week he said. I applaud this action. As I see it, he should pour a bottle of statins down the doctors gullet and make him wait 60 days to see how he feels.

The saddest part of all is how many thousands if not millions of other people are suffering from these effects as I write this and don’t have people who understand what is going on to help them. You certainly can’t rely on your doctor to tell you, that’s for sure.

Might you be one of these people or know someone who is? Forewarned is forearmed.

(Hat tip to How Stuff Works for this photo.)

But brothers and sisters, you have to be careful not to trust the scale too much. Here’s why.

When you lift weights, you build strength, muscle and bone.

When you build muscle and bone, you become denser and heavier.

When you become denser and heavier, you weigh more. But your body composition, meaning, the ratio of lean mass to fat mass changes for the better. So just because your body mass index goes up, you are better off. (See the above pic.) In other words, if your fat mass doesn’t change, it’s always better to have more muscle and bone.

If you manage to add five pounds of muscle and bone to your person (which is a fairly easy thing to achieve after a few months or even less of weight lifting), all without losing fat, the scale will rise. But it is my experience after many years of training people that even though you might not alter your diet to maximize fat loss, you will still shed a few unwanted pounds by weight lifting.

Now, the combo of weight lifting and low sugar/carb eating is the very best way to lose fat and build a physique/figure. If you don’t think so, than you had better get thee to Amazon and pick up a copy of Dr. Jeff Volek and Dr. Stephen Phinney’s new book The Art and Science of Low Carbohydrate Performance

So nope, there’s no devil living in your scale if it goes up after a few weeks of weight lifting. I have armed you with knowledge. Go forth and use it to your advantage! 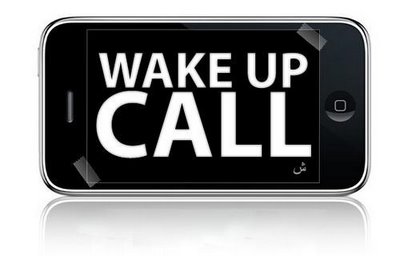 If you feel hungry even though you have just eaten, you are storing fat.

If you feel tired after having eaten even though you’ve slept well, you are storing fat.

If you feel satisfied (not hungry) for many hours after having eaten, you are burning fat.

If you feel full of energy even though you are working hard, you are burning fat.

I want to take this opportunity to express my sincerest and most heartfelt thanks to every single person who has ever trained at Serious Strength, bought my books or DVDs, emailed me to say how their lives have been changed for the better, and the many other opportunities your support and interest has allowed me to enjoy. You have given me a living, allowed me to feed my children and spend the better part of my life doing what I LOVE to do which is to help YOU.

Thank you from the bottom of my normal carb/high fat heart!