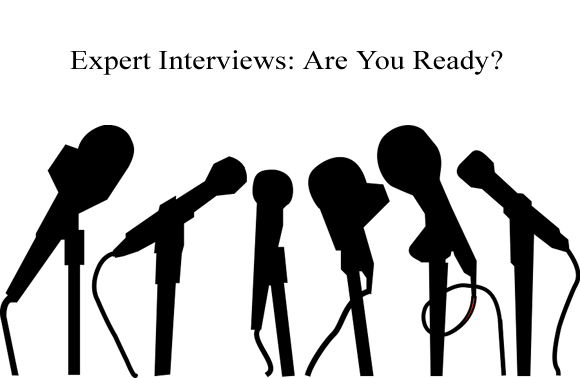 One of our finest former instructors, Sean Preuss, emailed me and asked me this question:

I’m doing my first radio interview in a week. You’re a veteran of these…do you have any advice for me?

Be honest. Keep your answers short. Make the points you want to make regardless of the questions asked if asked questions that throw you. Have 5 major points you want to get across and get them across. Have a sense of humor. Speak clearly. Don’t say “Um.” Don’t say things that might allow people to make themselves feel as if you’re trying to make them look stupid. White lie when necessary but only when absolutely necessary in order to get the greater good point across. Speak with authority. Let the audience feel that you are listening to the moderator. When the moderator asks a question, don’t answer immediately – take a VERY short pause, then answer. Don’t talk when the moderator is talking. If the moderator is being boring, spice it up. Don’t allow long pauses. Keep it moving. Stay positive. Have passion. Have a glass of water nearby. Don’t clear your throat audibly. Never bad mouth another person. Don’t be a wimp. Don’t be a know it all, but know it all. Say thank you. Be polite. Have a few aphorisms or witty quotes at the ready like “Be careful about reading health books. You may die of a misprint.” –Twain. Show up on time. Remove distractions. Answer call in questions with respect and care for people’s feelings.

A recent New York Times article discussed the issue of weight loss and people’s inability to keep the weight they do lose, off.

They found that the hormones that regulate fat gain and fat loss did not revert back to normal after the study ended and thus, they got fat once again.

But in this study, the researchers make a huge mistake:

We enrolled 50 overweight or obese patients without diabetes in a 10-week weight-loss program for which a very-low-energy diet was prescribed.

In other words, they starved the subjects and screwed up their hormonal “tone.” Nice.

One year after initial weight reduction, levels of the circulating mediators of appetite that encourage weight regain after diet-induced weight loss do not revert to the levels recorded before weight loss. Long-term strategies to counteract this change may be needed to prevent obesity relapse.

Hmm, long term strategies to counteract this change are needed. Lemme see. Hey! How about not starving people and screwing up their hormones in order to induce weight loss if, in fact, weight loss is mediated by hormones (which they are). Nifty idea, no?

Fact: You mess with people’s hormones and you screw everything up.

This approach to weight loss is akin to conducting a study to induce muscle loss by taking a group of muscular men, injecting them with huge amounts of estrogen for 10 weeks, and record their muscle mass and a year later, wonder why their hormone levels are still not back to normal.

This study is more proof of how the calories in/calories out idea in order to induce weight loss mucks up people’s thinking. The researchers go into the study knowing that hormones rule the day yet, think nothing of the damage that is caused to those hormones when you starve people.

And it’s not about weight loss anyway, is it? It’s about fat loss. I wonder how much lean mass was lost in the subjects over the course of this study along with the fat. Bad researchers, bad!

I’m unable to get a hold of the full citation but when I do I’ll post more about the design and results so stay tuned!

You can purchase one of these ketosis tees at the Metabolism Society store! NMSociety.org

It’s a sad fact that some experts who certainly should know better confuse ketosis with ketoacidosis, misleading people into thinking that they are one and the same. Worse, they suggest that a low carb diet can cause the bad one – which is ketoacidosis.

Dr. Oz is one such expert.

The good Dr. Oz wrote in an Time magazine article on September 12th 2011:

Artisanal bakers wept (no carbs means no baguettes), and the uberfaithful (Note: here he is referring to low carbers) began to suffer the bad breath of ketoacidosis, which occurs when glycogen stores are too low.

DOH! No it doesn’t – unless you are a type 1 diabetic that is. In other words, you can’t enter into the evil netherworld of ketoacidosis unless you are one of those rare people who produces little if any insulin because insulin regulates acidosis as you will learn soon.

Now, was this just an innocent typo made by Dr. Oz’s editor? Maybe. But thus far, no retraction has been made – none that I am aware of at least. As I see it, Dr. Oz doesn’t understand the difference or doesn’t want to. But fear not – I’m here to help!

I feel that it’s very important for people (especially doctors) to know the difference between the two so as not to fear diet-induced ketosis caused by a low carb diet or by intermittent fasting. Ketosis is a perfectly normal and healthy state to be in.

Since I have a cursory understanding of the two being a layman, I decided to ask an expert, Dr. Richard Feinman, to spell it out for us.

So what is the distinct difference between the two? Both are a condition of high levels of ketone bodies in the blood but one is life threatening and one is not. So why would this be?

1. Ketone bodies in the blood is called ketosis. Ketone bodies in the urine, which is the common way we measure them, is called ketonuria.
2. Ketone bodies are acids.
3. Blood contains several acids, phosphoric acid, carbonic, and these are neutralized (buffered) by the sum of acids and bases.
4. If acid levels exceed a certain point, that is called acidosis.
5. Because ketone bodies are also acids, they could contribute to an acidosis at very high levels. This is referred to as ketoacidosis and like any acidosis is dangerous.
6. Any ketosis might be considered “high” because modern man is rarely in a state of prolonged fasting.
7. Ketosis is the normal response to starvation or dietary carbohydrate restriction.
8. The ketosis from starvation or carbohydrate restriction is regulated by hormones and other metabolic effects to prevent over-production, that is, prevents ketoacidosis.
9. If the regulation breaks down for some reason, notably untreated type 1 diabetes (insulin is a major regulator of ketone body production), then you can have over-production or ketoacidosis.
10. Ketone bodies are normal because not having food all the time was normal. That is why we call ketone bodies “food of our ancestors.”

Minor note.
1. The ketone bodies are acetoacetate, beta-hydroxybutyrate. These are the physiologic ketone bodies. Acetone can be produced non-enzymatically and is also considered a ketone body.
2. The term “ketone” is commonly used in discussing the more precise term “ketone bodies.” Organic chemists, curmudgeonly professors and others think it is a good idea to be precise because ketone is a particular type of compound (acetone is one) of which there are an infinite number and, oddly, one of the ketone bodies (beta-hydroxybutyrate) is not actually a ketone. The other acetoacetate is chemically both a ketone and an acid.

Here is a good paper on low carb diets/ketosis.

There you have it. So, next time someone tells you that ketosis is evil (like Dr. McDougall) and that life-threatening ketoacidosis can happen if your carb intake goes too low, print this out and hand it to them. 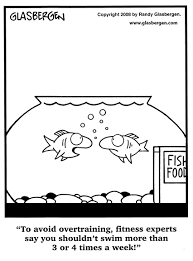 When it comes to exercise, how you do it matters more than how much you do. In fact, if exercise is performed at a very low level of intensity, you’re not going to get much benefit out of it no matter how much of it you do do. Walking is a good example of this.

A feather can never cause callouses on your hand no matter how many times you stroke it over your palms. The stimulus is simply not intense enough. You’d need to use sand paper and rub it hard over your skin. If you scrape your hand too hard or too often however, you remove skin. But just the right amount and in a short time you have stronger, thicker skin.

Lifting light weights and never taking yourself to the point where the exercised muscles aren’t pretty taxed won’t do you much good. The stimulus is too weak to cause change. Many ask me, “But Fred, c’mon, isn’t something better than nothing?” Not if the something is nothing!

Your goal when exercising (if you’re human that is), is to spark or ignite a positive tissue remodeling response. And safely of course. Then you let that alteration occur before you do it again. Research is pretty clear that two, fifteen to twenty minute weight lifting sessions a week provides all of the benefits that RT can bestow. And those benefits are vast. Here too.

So don’t think you have to exercise all the time in order to be healthy. That’s an exercise lie the fitness industry wants you to swallow and it’s been swallowed hook, line and sinker by millions!

Now, if your one of those folks that enjoys being very physically active, go for it – with the following caveat: If you get hurt, the damage can be permanent. 25 years of martial arts destroyed my knees. Now I have a partial fake one. It’s not what you want. Trust me.

Being strong physically helps you to be strong financially.

There’s a confidence that comes with the territory of improving your physical strength. You feel younger. You walk taller. You move more easily and with more grace. It puts a glint in your eye.

What are you waiting for?