Comic can be found here.

In a recent article on aging, Professor Cynthia Kenyon, a U.S geneticist, has discovered that too much insulin production caused by too many dietary carbs may very well be a cause of premature aging. I found the article intriguing – and a great example of carb addiction.

Professor Cynthia Kenyon, whom many experts believe should win the Nobel Prize for her research into ageing, has discovered that the carbohydrates we eat — from bananas and potatoes to bread, pasta, biscuits and cakes — directly affect two key genes that govern youthfulness and longevity.

I am not qualified to discuss her work, but what I found really telling about carb addiction was towards the end of the article:

There is no denying the extra­ordinary breakthrough Kenyon’s work represents and she ‘deserves the Nobel Prize for her findings about ageing’, says David Gems, deputy director of the Institute for Healthy Ageing at University ­College, London. However he isn’t convinced we know enough for us all to start eating a low-carb diet. “The exact role of insulin in health and ageing is a promising and fascinating area,” he says. “But I’m not sure the evidence for the benefit of cutting carbohydrates and keeping insulin levels down is strong enough yet.”

Say what? Let me see if I got this right – Mr. Gems thinks Professor Kenyon deserves a Nobel prize for her discovery and work on aging, but he’s not convinced.

“I’ll give you my carbs when you pry them from my cold, dead hands!”

I’m always amazed at people who argue against known facts – like the folks at the Flat Earth Society or ghost and demon hunters.

The Earth is ovular. Ghosts and demons don’t exist.

I’ve been recently discussing the issue of diet and diabetes on Dr. McDougall’s forum. (Note: You may have to join the forum to see my posts.)

Dr. McDougall is a physician who advocates a high starch/carb, low fat veganish diet for diabetics. Many of you already know and agree that telling diabetics to eat lots of starch is beyond ludicrous.

And yes, a vegan diet is better for a diabetic than a SAD diet, but it’s not the vegan aspect of the diet per se that allows the diabetic to get better. It’s the removal of the highly refined sugary foods in the diabetics diet that does the trick.

As long as these foods are removed entirely, you could eat wood and see your diabetes get better.

One commenter named Concerned, posted some interesting stuff on the forum. Below is a snippett of that interaction. But first, some background.

I had been asking – nay begging – for anyone to post a study that showed a high carb, low fat diet was better for treating diabetes than a low carb, high fat diet. I figured, there must be a few if Dr. McDougall (as well as several other docs) is so high on it. You’d think he could slap down a bunch of papers and shut me up quick, right?

But no. Several people were coming up with papers that were in support of vegan diets, showing that vegan diets cured people’s diabetes. Try as I might I could not get these folks to understand what I said above – that getting off of a SAD diet is what did the trick.

So I posted a bunch of papers indicating that a high fat, low carb diet did wonders for diabetes and metabolic syndrome. But these folks just ignored it all and continued to lambast and bombard me with opinion and fairy tales.

So anyway, here’s a chunk of dialogue I hope you find useful for understanding the minds of these folks.

Although this study does not compare the two diets, you can see that the patients who went back on medication were those eating a high fat diet.

Quote:
Exercise and diet inventories obtained at follow-up indicated good compliance to the program and also indicated that the main difference between those patients who went back on medication at follow-up compared with those remaining off medication was the percent of calories derived from fat.”

That is researcher bias coming into play. Unfortunately, I can’t seem to get a hold of the full citation in order to see what these folks went back to eating. They certainly did not keep to the diet in the study and ONLY add more fat in. I can say without question that those subjects who went back on meds began eating what they were eating before like potato chips, ice cream, cheese burgers (with the bun and fake cheese), french fries, etc. What happens then is, because the researchers are biased against fat (Pritikin!), they blame the fat and not the fact that these subjects may have also:

The list goes on. But fat gets the bad rap.

Q: Does eating fat of any kind raise blood glucose or insulin levels?
A: Not at all.

Therefore, will someone here be kind enough to tell me how fat in the diet is to be avoided?

Only carbohydrate significantly raises blood glucose levels. And the worst carbs are the refined carbs, potatoes, and other high glycemic starches.

As I mentioned earlier, people who see their diabetes condition get better are getting better because they are no longer eating the foods they were eating before, not because of the vegan/plant based diet. We know this to be true because people with diabetes also get better – much better – when they adopt a low carbohydrate/no starch, high fat diet. I’ve already posted papers to this effect. And the low carb diets work far better than the vegan diets for HbA1c, tris, HDL, weight loss, etc.

Also, I believe there are studies in which formerly healthy young volunteers developed high blood sugar after a few weeks on a high fat diet.

Are there? Could you provide the citations? I’d love to read them.

But remember, fat doesn’t – cannot – raise blood glucose levels. So how could this even possible? Again, when people blame fat as the villain in studies, the foods usually eaten are pizza, ice cream, etc. Lots of fat to be sure, but lots of carbs too. And carbs are what raise blood sugar. You can’t just point the finger at fat. That would be bad scientific thinking.

In addition, we have to take into consideration the considerable epidemiological data. For instance, Asians living on high carb (rice) diets have extremely low levels of diabetes.

EPI data is just that – EPI data. Associations do not prove cause and effect. Everyone who has cancer, sneezes. But sneezing does not cause cancer. You use EPI data associations to give reason to perform controlled studies.

If were were to accept EPI/obesrvational data as fact, I could point to the French, the Inuit, and a dozen other peoples who eat lots of fat and have little heart disease, cancer and diabetes.

Even if the exact study you are looking for has not yet been conducted, there is enough information to make a diabetic think carefully before deciding to adopt a diet which has so much evidence stacked against it.

That’s the point, Concerned. There isn’t any actual evidence that a high fat diet is bad for diabetics or that it is the cause of diabetes. None whatsoever. I’ll post one of the studies again which indicates that a low carb, high fat diet reduces all the markers for diabetes:

A Low-Carbohydrate as Compared with a Low-Fat Diet in Severe Obesity:

“CONCLUSIONS: Severely obese subjects with a high prevalence of diabetes or the metabolic syndrome lost more weight during six months on a carbohydrate-restricted diet than on a calorie- and fat-restricted diet, with a relative improvement in insulin sensitivity and triglyceride levels, even after adjustment for the amount of weight lost.”

If you read the paper, try and find some holes in it. Try to read it critically, without bias. Take a look at table 4.

Look at how much better the low carb subjects improved over the low fat subjects.

Some quotes from the paper:

So you see that, if fat was a villain to diabetics, the finding in this study (as well as a host of other studies), could not have occurred.

A high starch, low fat diet is NOT the best diet to control diabetes. Thus far, research strongly supports a high fat, moderate protein, low carb diet for the treatment of diabetes. You might call it “the diabetics go-to diet.”

Personal preference isn’t the issue. But as long as a diabetic stops eating the refined sugars completely, and sticks to a real food diet, either a vegetarian or meat based low carb diet will allow them to get better. But if you are a diabetic and you want the best results, a low carb diet is the answer.

And Pfizer, of course, is hopping mad!

So what would any smart and profit-driven company do to combat this? Sweeten the deal for pharmaceutical benefit managers so that they encourage the pharmacies to not sell the generic brand.

You can read all about this here.

Frankly, I’m not surprised by this. What I am surprised by is the complete lack of lawsuits that should be flying at Pfizer from every which way (and other statin creating companies) for misleading doctors and other people into believing that statins by lowering cholesterol do anything to help stave off heart disease or heart attacks.

Read this if you are one of the duped. 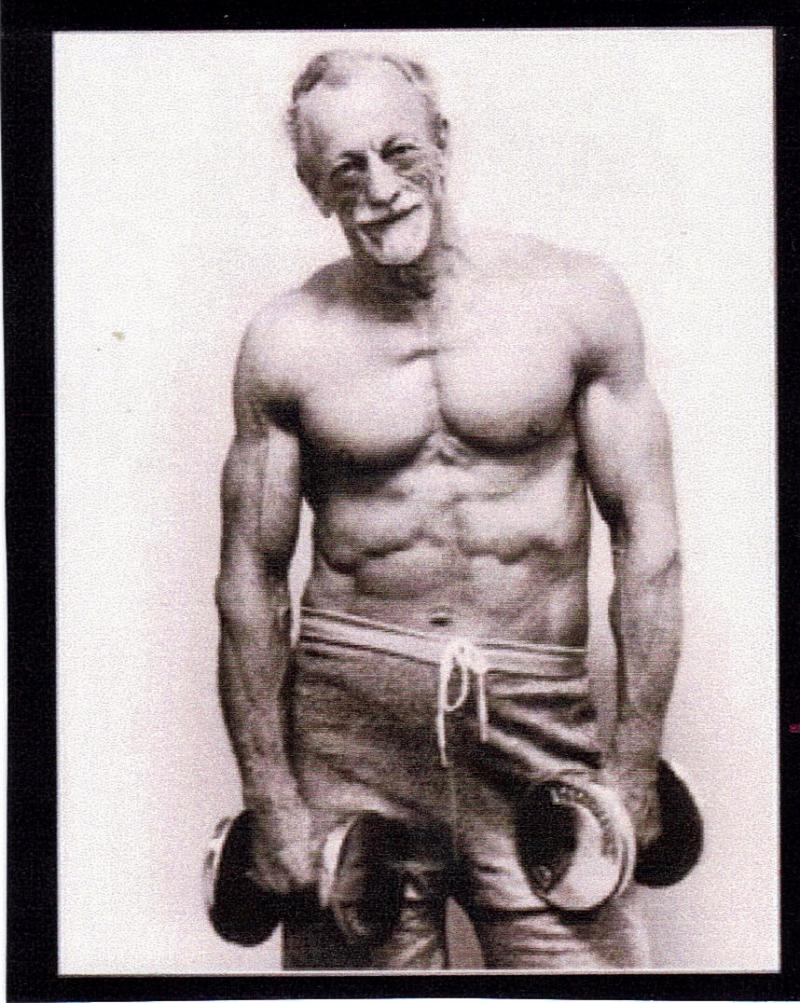 I won’t say too much about this paper other than to say “Read it.”

Don’t get worried! Understand that this does not mean that eating red meat or saturated fats causes hypertension, arterial blockage, stroke and heart attack.

In fact, it means nothing at all.

I observe that all people who have cancer, sneeze, breath and go to the bathroom.

Therefore, sneezing, breathing and tinkling are associated with cancer.